Many people, myself included, drink coffee simply because they love the taste, but what you may not know is that it brings with it many health benefits. Apart from helping you stay alert, drinking coffee has been shown to help lower your risk of type 2 diabetes, protect from Alzheimer’s disease, protect your liver and also make you happier!

Another interesting fact about coffee and in particular black coffee is that it could help you lose weight.

How can drinking coffee help with weight loss?

There are a number of studies on coffee and the compounds it contain that suggest it could help with weight loss and the burning of fat.

Caffeine is a stimulant and also one of the most common drugs that is consumed by people worldwide. Caffeine is the main ingredient in coffee that gives some people that much needed alertness boost in the morning.

Caffeine causes fat cells to break down. It also leads to an increase in blood concentrations of Adrenaline, a hormone which causes fat tissues to break down fats and make them available for use in the form of fatty acids.

Your resting metabolic rate or RMR determines how many calories you would use up if you were to do absolutely nothing but rest. If you have a high RMR, you burn more calories than someone with a low RMR and so it is harder for you to put on weight.

Caffeine has been shown to help boost metabolism. For example in this study, 18 healthy volunteers took part and were split into two groups of 9. The first group (known as the lean group) consisted of 3 males and 6 females who were able to manage their weight well. The second group (known as the post obese group) also consisted of 3 males and 6 females who admitted having weight management problems and were previously obese but had maintained a normal body weight for at least 5 months before the study began. 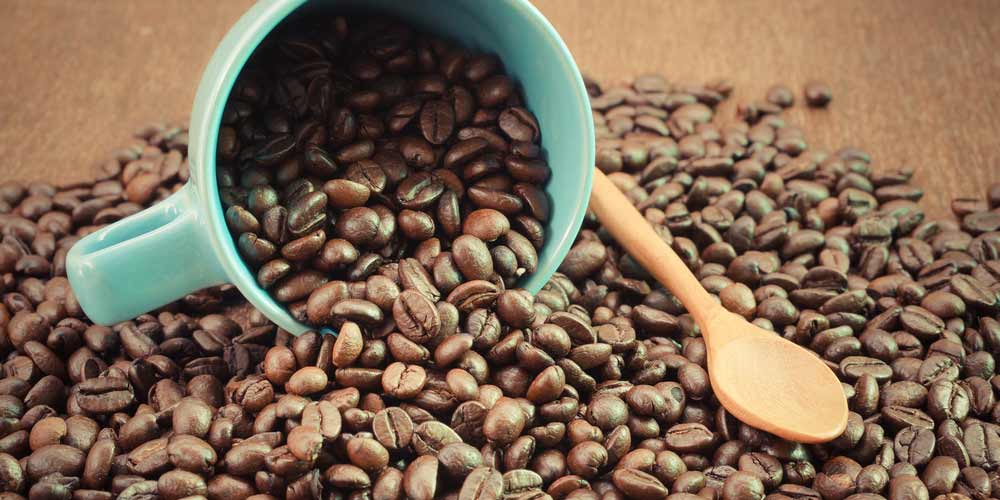 In another study, 12 young healthy males consumed 150 ml of decaffeinated coffee with or without 200 mg caffeine added. It was noted that the metabolic rate of participants who consumed caffeine increased immediately and stayed elevated for a 3 hour period during which measurements were being taken.

It appears however that caffeine consumption causes a much higher increase in metabolic rate in lean individuals compared to those who are obese. For example in this study, 10 lean and 10 obese women took part and they consumed caffeinated coffee and decaffeinated coffee on different occasions. The results show that the lean subjects experienced significantly more thermogenesis (production of heat) than the obese subjects and the effects lasted during the night for the lean women only. The next day both groups experienced an increase in lipid oxidation however the lean group experienced a 29% increase compared to the obese group, who experienced a 10% increase.

Also, the effect seems to be larger in younger people. This study carried out on 10 young and 10 old men found that caffeine consumption caused an increase in available fatty acids only in younger individuals.

Besides providing a boost to metabolism, caffeine has also been shown to help increase exercise performance. One of the reasons for this is because fatty acids are more available as a source of energy. Studies such as this and this have shown that caffeine can increase exercise performance by around 12%. This is good news because the more strenuously you exercise, the more calories you burn.

Finally this study showed that caffeine consumption caused a 21.7% reduction in energy intake in young men; that is, they experienced a decrease in appetite. The same was not true for women. However another study found there to be no effect.

Another compound found in coffee is chlorogenic acid, which could have a significant effect on the absorption and use of glucose from the diet. In this study, participants who consumed coffee enriched with chlorogenic acid ended up losing more weight. 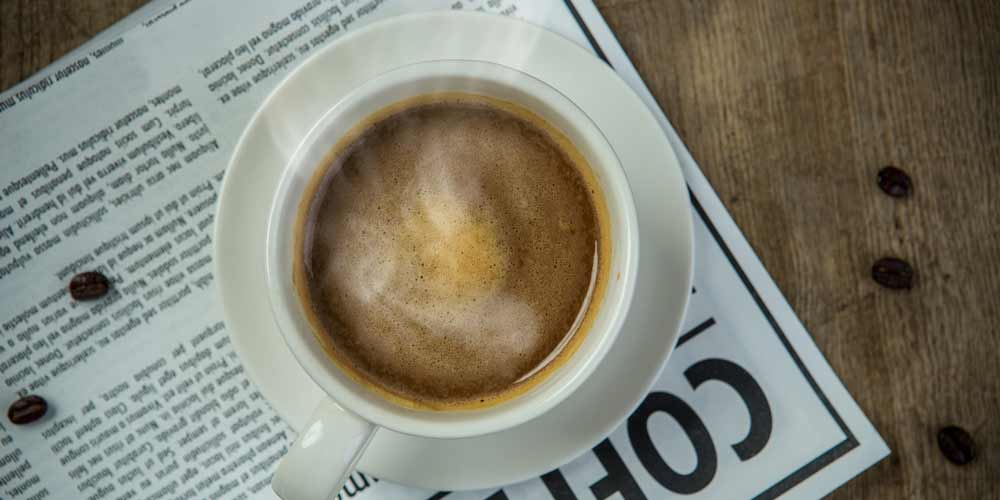 Does black coffee have calories?

If you have done any research you will know that monitoring calorie consumption is extremely important if you are trying to lose weight. A calorie is a unit of energy and different foods have different amounts of calories. For example using this tool, you will see that 100 g of watercress has only 11 calories whereas the same weight of almonds has 579 calories.

Every individual has a different calorie requirement depending on their gender, age, height, weight and activity levels. Using our calculator here, you will see that a 50 year old lady who is 150 cm tall, weighs 65 kg and exercises 3 – 5 times a week needs to eat approximately 1800 calories to maintain her weight, 1450 calories to lose weight at a normal pace and 1100 calories to lose weight fast. If you want to lose weight you need to stay in a calorie deficit. Doing so will force your body to use its fat stores as a source of energy.

If you are a regular coffee drinker you know that there are many different types of coffee beverages available. Black coffee is the simplest type, consisting of just coffee and hot water. Water contains 0 calories so provided you drink black coffee without any added sugar, it contains only 1 or 2 calories.

A cup of cappuccino made with whole milk on the other hand contains 73 calories on average. A Starbucks short cappuccino made with whole milk contains 90 calories and 7 g of sugar. Other types of store bought coffee contain even more calories such as the White Chocolate Mocha Frappuccino® Blended Coffee which has between 320 calories and 550 calories, depending on size. Drinking this type of coffee based beverage on a regular basis would most likely cause you to consume too many calories and might lead to weight gain.

So if you are going to drink coffee and are trying to manage your weight, it’s best to stick to black, without added sugar if possible.

Black coffee is not a weight loss miracle beverage

Drinking black coffee could boost your metabolism slightly and therefore help you lose weight, but results may vary depending on your age, gender and current weight. However black coffee is by no means a weight loss miracle beverage that will make you drop a dress size overnight. If you want to effectively lose weight you need to consume fewer calories than you burn, which is why the food choices that you make are very important.

Another thing to note is that like most other drugs, the more caffeine you consume, the more tolerant you become to it and so it begins having less of an effect on your body. Initially caffeine may boost your metabolism but eventually the effects may begin to subside.

Additionally you need to control how much coffee you drink in a day. Too much can make you jittery, cause insomnia and anxiety. A maximum of two cups per day would be recommended. At the same time make sure you drink enough water so as to remain well hydrated.

Black coffee and caffeine in particular have been shown to have some metabolism boosting and fat burning properties. That being said, the effect varies from individual to individual. The best option would be to try it out and see if it works for you!