Are apples good for weight loss?

It could be argued that apples are one of the most popular fruit products in the western world. They are easy to grow, even in colder climates, simple to eat, and small enough to carry around on the go. They are filling and flavoursome, not to mention filled with nutrients to promote good health. Although they are a common fruit, they do have their secrets. One particular secret is that they can help you to lose weight!

In order to lose weight, the number of calories one consumes needs to be less than the calories burned through natural bodily processes and physical activity. The recommended daily allowance (RDA) of calories for women is 2000, and for men is 2500.

Any extra physical activity will burn extra calories. By ensuring that you consume your recommended daily allowance of calories, and are physically active, you can begin the weight loss process because your body will be burning more calories than it is consuming.

Some individuals may feel that they can significantly reduce their calorie intake in order to create this calorie deficit within the body, but this can be an error of judgement. Calories come in many different forms, all of which are required by the body for certain processes.

Fat contains more calories than protein & carbohydrate (9 calories per gram compared to 4 calories per gram). Therefore, many people cut out fat from their diet. This is not necessarily a healthy way to lose weight because there are good fats which are necessary for maintaining a healthy body.

By removing these from the diet, you may be doing more damage than good. Furthermore, sugar, in the form of carbohydrates can also be transformed into fat in the liver if it is not used for energy. In other words, removing fat from your diet will not necessarily remove it from your body.

You could argue that in that case, removing both fat and carbohydrate from the diet would be beneficial for weight loss, which may well be true. Despite this, however, fats and carbohydrates are vital to the body and by removing these essential nutrients from your diet you can cause serious harm.

Many carbohydrates come in the form of fibre, which is necessary for ensuring that digestive health is at its optimum. Without fibre in the diet, an individual may suffer from diarrhea, constipation, and even more serious conditions such as bowel disease.

Carbohydrates are also the body’s main source of energy. By removing them from the diet, the body will turn to other sources. As well as burning fat, the body will burn protein which is in the form of muscle. Remember that this does not only include skeletal muscles; the heart is also a muscle. Once the body begins using heart muscle for energy, life-threatening heart disease can develop. 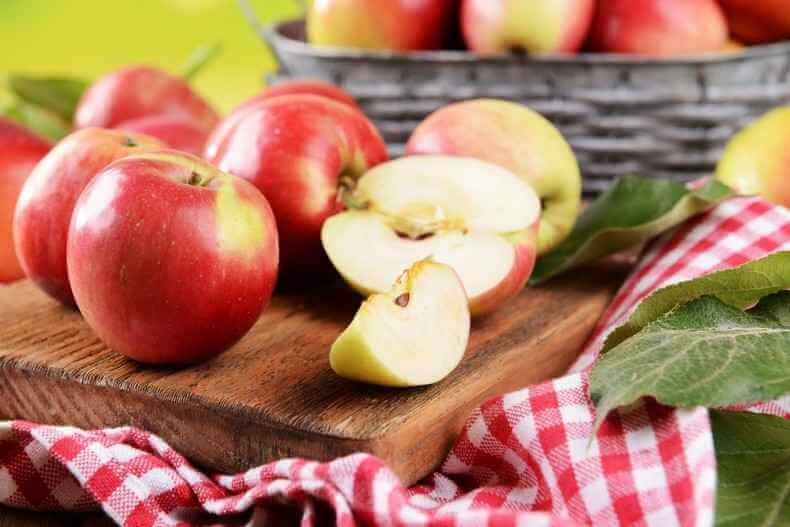 A low carbohydrate diet can also lead to a build-up of ketones in the body through fat-burning processes. Ketones are an organic compound which in high levels are toxic to the body. A low-carb diet can result in ketosis – an excessive amount of ketones in the body which causes dizziness, headaches, nausea, dehydration and weakness.

Removing fat from the body can be equally as damaging since fat can help the body to absorb certain nutrients:

Fat helps the body to absorb all of these nutrients, so without fat in the diet, the effectiveness of all of these vitamins will be severely diminished.

Unsaturated fats (also known as ‘’good fats’) can help to lower cholesterol, which can lead to atherosclerosis, a condition defined by a build-up of cholesterol on artery walls. Atherosclerosis can precede a variety of serious cardiovascular problems including heart attack and stroke.

Some unsaturated fats can also help the body to burn excess fat. Due to the importance of fat and carbohydrates in the body, removing them from the diet can be a very dangerous method of weight loss.

Thankfully, there are other ways to alter the diet to lose weight. One such way is to add in foods which have fat-burning and weight-loss properties. Apples contain many properties which make them excellent as a weight-loss tool.

The Benefits of Eating Apples to Lose Weight

The amount of fibre found in a 150g apple constitutes around 14% RDA for an individual consuming 2000 calories per day. Fibre is a great addition to the diet of anybody trying to lose weight. There are two types of fibre; soluble and insoluble.

Soluble fibre dissolves in water and forms a gel in the stomach. This means that food is digested more slowly, which has two benefits; firstly, you will feel more full, because your stomach contents are being removed at a slow pace. Secondly, your body will be more able to process the food you have eaten at a steady rate, which will reduce blood sugar spikes and dips. Spikes and dips in blood sugar lead to food cravings, and so soluble fibre can help to reduce food cravings.

Insoluble fibre does not dissolve in water, and instead helps to form bulky stool which move through the digestive system with ease. A lack of insoluble fibre in the diet can lead to constipation, and a greater risk of bowel problems and disease. 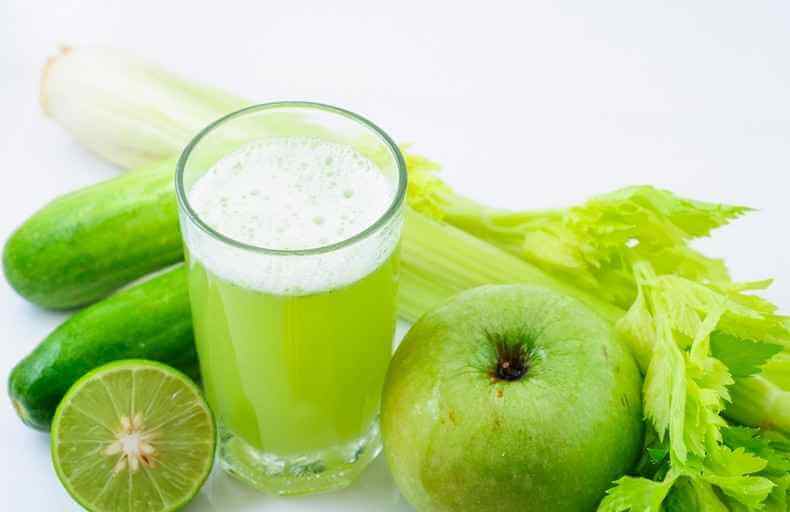 There are a wide variety of apples, both red and green. Some of the most common are gala, red delicious, braeburn, fuji and granny smith. All of these apple varieties, but granny smith in particular, are very helpful for weight-loss.

This is because they contain non-digestible compounds which can help to re-establish a healthy and balanced amount of micro-bacteria within the gut (Condezo-Hoyos, Mohanty and Noratto, 2014).

A study was conducted on obese mice, so caution when generalising these results to humans is warranted, however most studies which are conducted on mice do tend to later be replicated in humans, particularly when looking at weight gain.

It must be noted that for the benefits of these non-digestible compounds to be achieved, the apples must not be cooked because this destroys polyphenols. 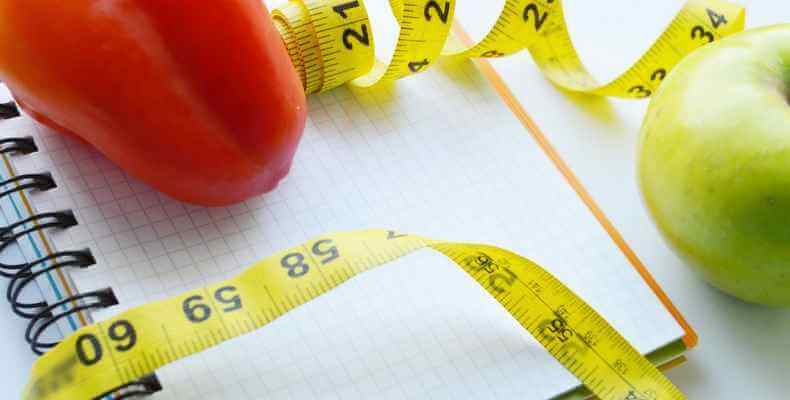 A study conducted by Flood-Obbagy and Rolls (2009) investigated the effect of eating apples in various forms on satiety and calorie consumption during a meal. Once a week for a total of 5 weeks, 58 adults were given one of four apple forms or nothing at all (control group) followed by a test meal.

The researchers found that eating any apple form reduced calorie intake at the subsequent meal by 15%, and that a whole apple was significantly more successful at reducing energy intake compared to other apple forms.

What this study shows is that in any form, apples have properties which make them good for reducing future calorie intake and enhancing feelings of fullness. The authors propose that the feelings of fullness vary between apple forms due to the expectations of the eater as to how full they will feel.

In other words, participants who ate a whole apple may expect to feel more full after consumption compared to a participant who drank apple juice. Furthermore, the volume of product varied between apple form, which may have meant that they required more chewing, and were literally more filling, i.e. they took up more space in the stomach.

This concept of volume affecting satiety is well known in the science of eating. Foods that have low energy density are foods with a low number of calories relative to their weight. Raisins, for instance, have nearly 300 calories per 100g, where as grapes only have 67 calories per 100 grams. 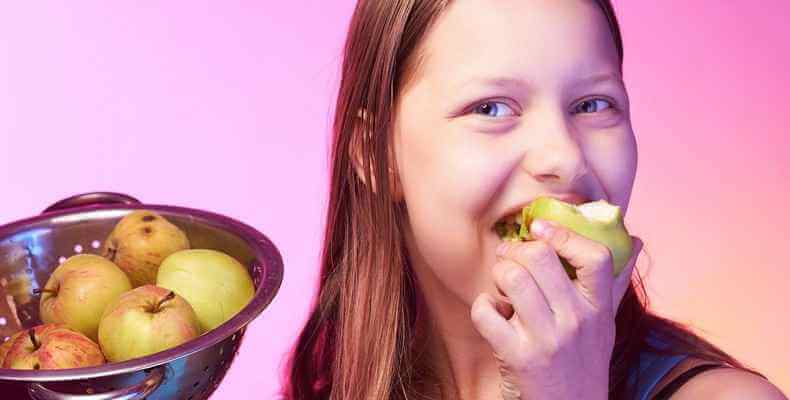 An important property to note about apples, and fruit in general, is that they are generally high in fructose. This is a type of sugar (the others being glucose, maltose, hydrolysed starch, invert sugar, corn syrup, honey and sucrose), and it may be off-putting to many people because the dangers of too much sugar are well known.

Unlike processed foods such as chocolate and biscuits, fruit has generally lower levels of sugar. Furthermore, they are much more healthy and nutritious than these other snacks, and so by swapping unhealthy snacks for fruit, you are improving your general health but also enabling your body to get the sugar it is craving in a healthy way.

Unhealthy snacks not only have more sugar, but also have more fat than fruit, so eating fruit is a much less fattening way to meet your cravings for these sugary, fatty snacks. You will find that by substituting chocolate for an apple, after eating the apple your desire for the chocolate will diminish.

Apples contain ursolic acid within the peel, which, in a study of mice, was linked to a lower risk of obesity (Kunkel et al, 2012). Furthermore, the researchers found an increase in skeletal muscle mass and a reduction in glucose intolerance and fatty liver disease. Finally, there was an increase in ‘brown fat’, otherwise known as brown adipose tissue, which is an energy-burning type of fat.

Everybody has some brown fat, but the type of fat mostly dominant is white fat. This is the fat that remains in the body as an energy store and causes a multitude of health problems. Brown fat, on the other hand, functions as a producer of body heat.

Other than that, it’s functions are relatively unknown, but what is known is that by creating body heat, brown fat burns calories. Therefore, many scientists are attempting to harness its power to tackle obesity.

The Kunkel et al study was performed in mice, so it cannot be accurately generalised to humans. However it gives hope that there may be fairly easy ways, such as eating an apple, to help overweight individuals to increase their levels of brown fat in order to enhance calorie burning.

Things to Be Aware Of

As with all good things, there are downsides to apple consumption. First of all, apple allergies are a real thing and can cause an itching in the throat and around the mouth which is extremely uncomfortable. Individuals with these symptoms are affected because of a similarity between a protein found in birch and in apples. If these symptoms happen to you, you can eliminate them by only eating apples which have been cooked or juiced.

More serious allergies can occur with people who do not have a birch-pollen allergy, but instead may have an allergy to peaches. Symptoms accompanying this allergy can be more serious, and can include abdominal pain, vomiting and even life-threatening symptoms. If you suspect you may have this allergy, it is very important that you speak to your GP before adding apples into your diet.

Apples, and apple juice in particular, contain a compound called sorbitol. This compound cannot be absorbed by the intestine, and instead can lead to diarrhea in high doses. It is also possible to have a sensitivity to sorbitol, whereby even one glass of apple juice can trigger symptoms.

Finally, individuals on a low-carb diet or those with diabetes need to be careful about eating too many apples due to their sugar content.

Is hummus good for you?
Is pineapple good for weight loss?