Is honey healthier than sugar?

Many of us have long understood that honey is a far healthier choice than refined, processed sugar when it comes to sweetening drinks and baked goods, but exactly how true is this belief?

There is often such a plethora of opinion and scientific evidence to support both sides of this argument that it can seem very difficult to decide one way or the other.

In this article, we are going to examine the evidence available to us and try to understand what it is that honey does to the body compared to sugar, then try to evaluate whether or not honey is better for the body than refined sugar.

It is important to start by making it clear that, whichever way you slice it, honey still contains sugar. In this article, when we refer to sugar, we are talking about the processed, refined stuff that has been mass produced from raw sugar cane, sugar beets or corn – yes, that includes granulated sugar, caster sugar, high fructose corn syrup, golden syrup and even the supposedly “healthier” brown stuff.

When we refer to honey, we are not talking about the cheap stuff that has been mixed with ingredients like corn syrup and has been processed until almost no minerals or pollen are left. We are actually discussing the proper stuff: the raw, set or naturally runny honey that really does come straight from beehives to a jar, with minimal or no messing around involved.

Examining the nutritional profiles of both honey and standard sugar is useful to help us understand why some people and health professionals believe that honey is better for you than refined sugar, even though it is a concentrated form of sugar itself.

Regular refined sugar is generally made from 45% – 55% fructose, 45% – 55% glucose and not much else. Glucose is the good stuff that can be used by every cell in our bodies to produce energy and make everything work. Fructose, on the other hand can only be processed by the liver and, even then, is often turned into fat and stored in the liver and body where it contributes to fatty liver disease and other conditions associated with storing too much fat over a long-term period, like obesity and cardiovascular disease.

Most proper honey is made from around 40% fructose and 30% glucose, with the remaining 30% containing a mix of other, more complex sugars, fiber, vitamins and minerals. It is because honey has this different nutritional make-up that it is often touted as being healthier for us than standard sugar.

Studies into the nutritional profile of honey show that it is usually a pretty good source of essential trace minerals like magnesium and potassium.

The same studies also showed that proper honey did not lose very much, if any, of its nutrients during the heating and filtering process and, in some cases, the levels of certain minerals were increased.

Of course, the actual levels of vitamins and minerals in honey vary greatly between different honey types, but it is clear that this sticky nectar has a distinct advantage over regular sugar because it does contribute something to our overall health.

It is also worth noting that because honey is generally sweeter than regular sugar, we can use less of it to achieve the same sweetness in recipes. This also contributes to the idea of honey being better for us than sugar, but only as long as we are not then using loads more honey, more often than we would use regular sugar.

There are a number of commonly held beliefs about honey and its superiority over refined sugar.

The Science Behind Honey’s Health Claims 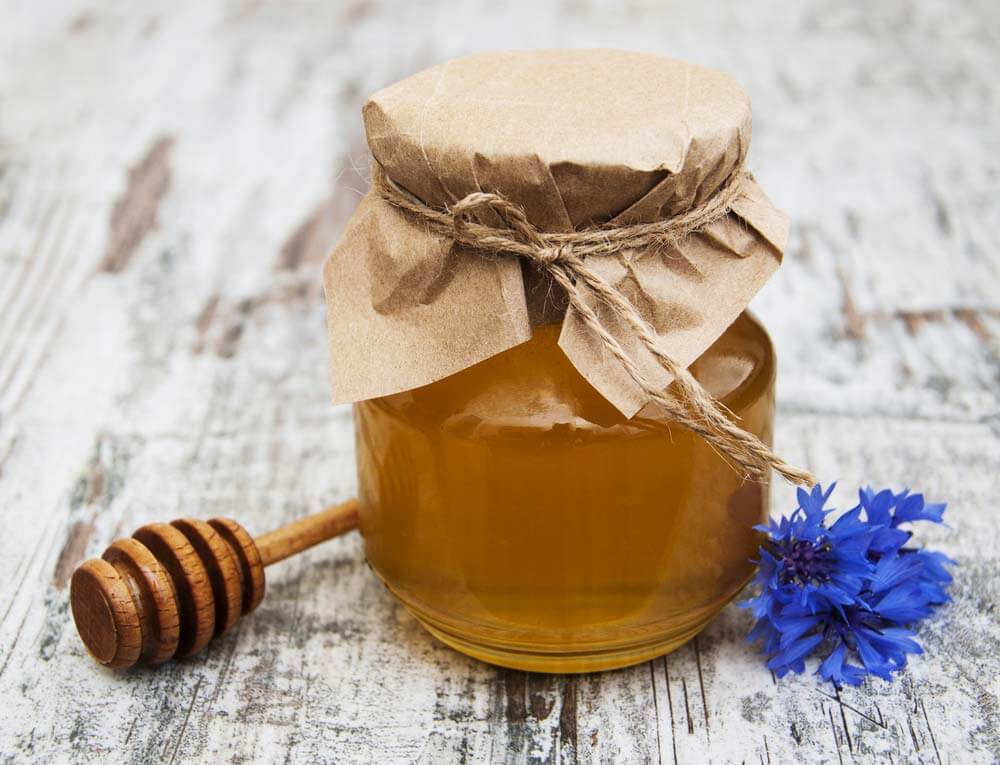 Numerous studies have been conducted and reviewed (1) (2) (3) that have examined the addictive nature of sugar on the human brain. This addiction is well-documented and is understood to be a major reason behind the problems associated with rising obesity levels, as well as health conditions like diabetes, cardiovascular disease and metabolic syndrome.

Despite the concerns around adding sugar to the diet, honey has been shown to be beneficial to human health if consumed in moderation and in place of regular sugar in the diet. For a start, honey has quite a low glycaemic index of around 55 for a one tablespoon sized serving, which means that it does not cause the same sort of spike in blood sugar levels that regular sugar does, which has a glycaemic index of 68 per tablespoon.

In fact, a 2013 study examined the effects that natural honey had on blood sugar levels and heart health in seventy young people who were fit and healthy. The results showed that honey helped to limit the rise in blood glucose levels, whilst at the same time reducing the levels of “bad” LDL cholesterol and triglycerides, and increasing the levels of “good” HDL cholesterol. The researchers surmised from this that honey is beneficial in supporting heart health, as well as helping to maintain good blood sugar levels.

The latter point is extremely important because when blood sugar levels are out of balance, the pancreas has to produce extra insulin to help bring it back in line again and encourage the cells to absorb and use the excess energy.

If blood sugar is allowed to spike constantly, it can eventually lead to type 2 diabetes because either the pancreas is unable to produce the necessary insulin or the body builds up resistance to naturally occurring insulin. This in turn means that medical intervention becomes necessary in the form of insulin injections to increase levels beyond that which is naturally available in the body.

Another recent study into the rehydration properties of honey found that water was not as effective as a honey drink at rehydrating participants who had been running in hot weather conditions. Their results also showed that the runners overall performances and ability to metabolise glucose were greatly improved when they consumed the honey drink, as opposed to the water. It is possible that these results occurred because of the minerals and complex sugars that honey contains in tandem with glucose and fructose.

From everything we have covered in this article, one thing is clear: honey is quite a bit better for your health than standard sugar. It has been shown to help limit spikes in blood glucose levels that can eventually lead to diabetes; can lower LDL cholesterol and triglycerides, whilst increasing HDL cholesterol; and is sweeter than regular sugar which means that you can actually use less of it in your recipes.

Honey is also a good source of important trace minerals that support heart health and the immune system. There is even some evidence to suggest that honey helps provide relief from allergies.

That said, it is important to remember that honey is still a concentrated form of refined sugar, produced for us by bees from pollen. This means that it does still have similar effects on the body that standard sugar does and, therefore, should also be consumed in moderation.

But if you are looking for a healthier alternative to sugar that allows you to lower your overall daily intake of added sugar, as well as boosting your levels of trace minerals, all whilst keeping your blood sugar levels in a reasonable state of balance, then you should definitely be reaching for the honey; just be sure not to over do it!

What fruit has the most caffeine?
Is popcorn gluten free?