Is honey good for weight loss?

One of the biggest difficulties with a diet for weight loss is that many of the foods you enjoy the most are cut out. To generalise a bit, that’s basically most things containing fats or sugars, because the human body is designed to desire these as our hunter-gatherer ancestors needed them to stay alive.

Fortunately, it may still be possible to get some sweet treats into your diet and still lose weight. New evidence is emerging which suggests that honey may have some weight-loss benefits.

A Brief Introduction to Liquid Gold 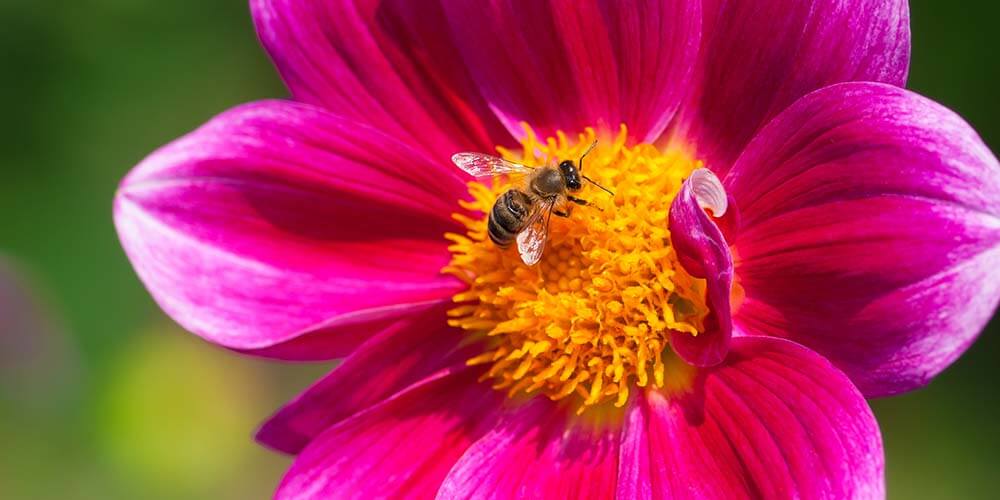 Honey is a substance made by bees, as a food source for them. They suck nectar from flowers, and store it in their ‘honey tummy’. They fly back to the hive and other bees remove the nectar from the bee’s stomach with their mouths.

These ‘house bees’ chew on the nectar for around 30 minutes, which breaks down the sugar in the nectar and makes it both more digestible and less likely to be negatively affected by bacteria within the hive.

Once the nectar has been broken down, it is stored in the classic honeycomb formation in order to dry out and form honey. The bees speed up this process by fanning the nectar with their wings. Once it has dried out, the section of honeycomb is sealed with wax and stored to be eaten at a later date.

Beekeepers extract the honey at this time, through a variety of methods. One such way is to spin the hive to extract the honey, and by using this method the honeycomb structure will remain in tact so it can be used again by the bees. The extracted honey is then placed in bottles or jars, and is ready to be consumed.

Honey is popular all over the world, as it is a very naturally sourced sweetener when compared to the likes of refined white sugar from sugar cane. There is also a significant bee shortage at the moment, which is a massive problem for society as bees are needed to pollinate crops and encourage them to fruit.

In other words, a pervasive bee shortage may lead to a pervasive food shortage for humans. Because bees are so vital, increased consumption of honey means more bees are needed. Therefore, the bee population can improve as the demand for honey increases.

Furthermore, there is an increasing popularity for produce from local sources, and honey is an excellent example of an easily-attainable local product; there are honey farms all over the world. 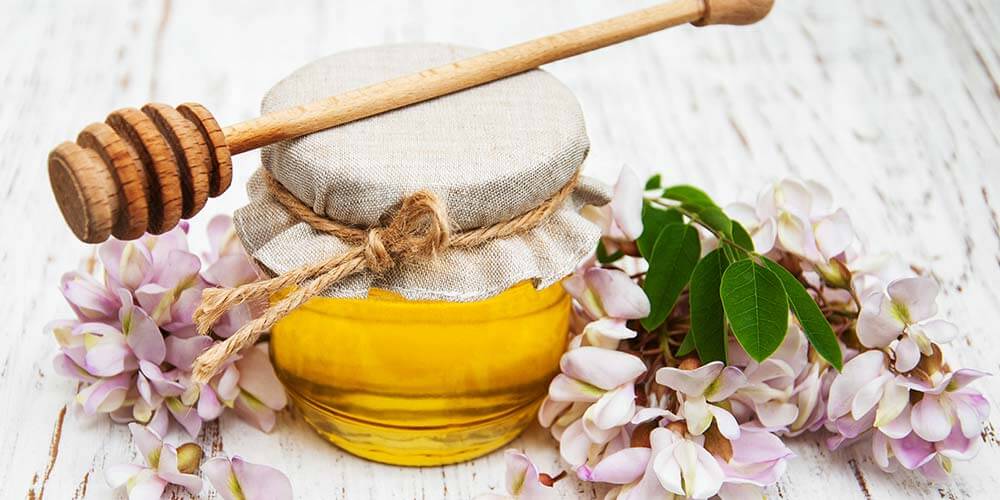 Companies such as the London Honey Company have emerged, which seek to find areas for bee farms in inner cities, such as the roof of high rise flats. These endeavours have in general been extremely effective. Honey has become so popular that it has been named ‘Flavour of the year’ 2015 by Firmenich.

Different versions of honey have different tastes depending on various factors; the combination of soil, climate, temperature and geographical location of the honey farms.

The nectar from different flowers is influenced by these environmental factors, and can lead to dramatically different flavours of honey, even if it has been taken from the same flowers, in the same location, at different times of the year.

Not only is honey popular for its flavour, but it is also extremely versatile for both culinary and non-culinary uses. For instance, it can be combined with a whole host of flavours to create a variety of sauces, dips, marinades and salsas, but it also a brilliant accompaniment to many desserts.

Furthermore, it is thought to have health benefits including wound treatment, alleviating allergies, treating sore throats, and even weight loss.

The Benefits of Honey for Weight Loss

1. It can induce metabolic changes in the body

Mr Michael McInnes is a sports nutritionist. Whilst working with his son Stuart to improve athletes’ performances, he discovered that if the athletes ate foods high in fructose such as honey, they found improvements in body fat and stamina.

McInnes found that the most significant improvements were seen after sleep, and he attributed this to the fact that fructose has blood sugar-stabilising properties. In our modern diets we are constantly bombarding our body with refined sugars, which can lead to spikes and dips in blood sugar levels. 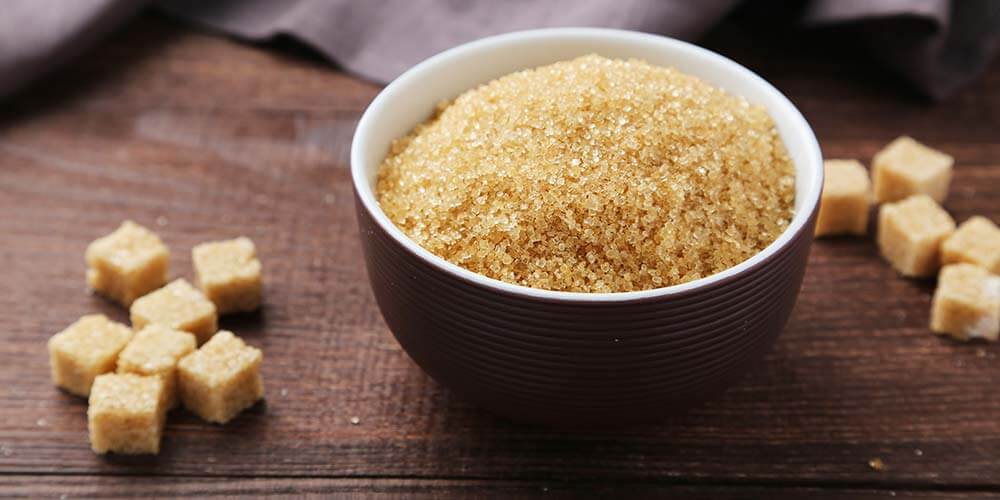 When there is a high level of blood sugar, the body must put lots of resources into reducing it, meaning it cannot focus on other processes.

Furthermore, McInnes suggests that neurons (brain cells) can become overloaded if there is too much sugar in the blood (as blood is the main way neurons receive nutrients). He suggests there is a mechanism which protects the brain from a ‘sugar overload’ by shutting down blood flow to the brain.

Glial cells surrounding each neuron monitor and control the amount of blood sugar in the brain. When they detect a high level of blood sugar, the blood flow is significantly reduced to prevent an excess of sugar reaching the brain.

As a result of this, combined with consistently high blood sugar levels due to our modern diets, the brain is frequently in  a ‘hungry’ state because this mechanism is preventing sugars from reaching it. This is one reason, he states, for severe sugar cravings.

The brain is desperate for some form of energy, but were the glial cells to allow all the blood through, the cells would be overloaded. Sugar cravings are the result of a starving brain which has no way of getting the energy it requires.

By replacing refined sugars with honey, the body can reduce the high levels of blood sugar. Although honey contains fructose and sucrose, it has already been ‘pre-digested’ by the process of its creation (recall the enzymes in the mouths of the bees break down the sugars whilst they are chewing it). 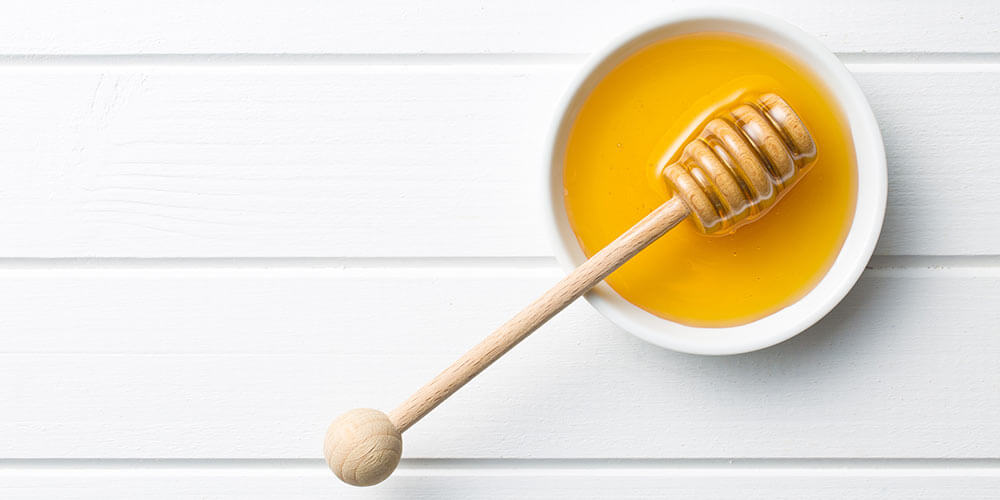 This means the body is able to process sugars from honey more effectively, leading to a more stable blood sugar profile. Furthermore, honey is rich in a variety of nutrients which improve blood sugar levels.

McInnes claims that by consuming one teaspoon of honey before going to bed, blood sugar levels can be reduced back to normal, and the brain can consume more energy as the glial cells will not need to protect it from a sugar overload.

When we are sleeping, the body does many important functions, without which we would not survive. Consuming honey before bed allows the body to stabilise its blood sugar levels quickly, leaving more time for these necessary processes, such as tissue rebuilding.

These processes require fat to fuel them, and so the more the body can focus on this rather than regulating blood sugar, the more fat will be burned.

McInnes has coined this the ‘honey diet’. Although consuming honey before bed does seem to be an effective way to reduce spikes in blood sugar, McInnes also recommends replacing all sugars throughout the day with honey in order to maximise this effect.

2. It contains nutrients which can lower blood sugar levels 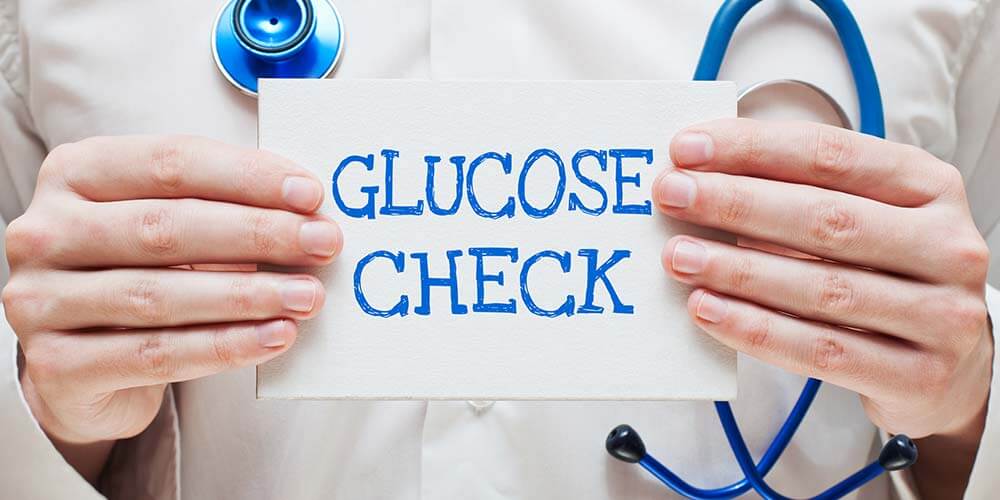 Despite its high sugar content, is has been suggested that honey can actually lower blood sugar level, which in turn, can reduce the amount of sugar that is stored as fat. This is due to the fact that, as mentioned above, honey has already been ‘pre-digested’ during the creation process, and as such is more easily processed by the body.

Although this is a little studied area, research conducted on a small number (10) of participants has discovered that consuming 1.2g of honey/kg of body weight (i.e. 66.6g for an individual weighing 80kg) in a 250ml glass of water each day led to a 5% decrease in blood sugar levels two weeks later (Al-Waili, 2004).

Bogdanov et al (2008) performed a review of research into the health benefits of honey, and suggested that different varieties of honey have different glycemic indexes (i.e. a measure of how a food item influences blood sugar levels) depending on the environments within which the honey is made.

Some can have a small index such as 35, whereas others are high at 76. This suggests that not all types of honey will have the effect of lowering blood sugar levels, and so it is important to choose one with a relatively low GI.

3. It contains many nutrients which can help with weight loss 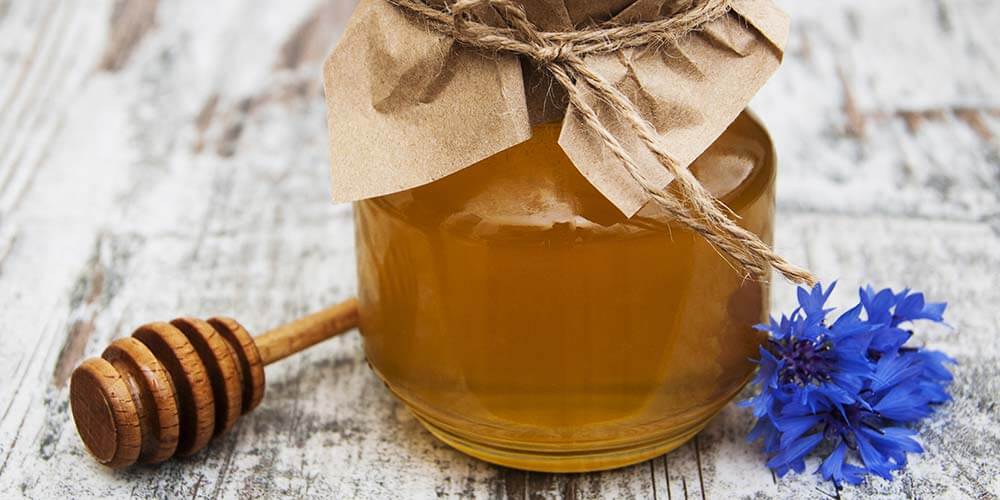 When the body processes blood sugar, it utilises a number of vitamins and minerals in order to do this effectively. After blood sugar has been stabilised, therefore, there is a deficiency in these nutrients which also have a large role in burning body fat.

Honey contains many of these vitamins and minerals within its nutritious profile, and so by replacing sugar with honey the body has more of these nutrients to utilise for fat-burning processes.

In a study of rats in 2008, Chepulis and Starkey found that rats who consumed honey over a 52 week period had less body fat than those who consumed sucrose, and a similar amount to those who were on a sugar-free diet. They did find, however, that honey led to a higher level of HDL cholesterol, which is an early risk factor for heart disease.

A study by Nemoseck et al (2011) supported this evidence with research of their own. They found that after feeding rats either honey or sucrose for 33 days, those who consumed honey showed a 14.7% lower weight gain compared to those who consumed sucrose.

This corresponded to a 13.3% reduction in food consumption, suggesting that the weight loss may not be due to the honey itself, but indirectly as the honey may trigger a reduction in appetite. One reason for this may be that honey is quite a bit sweeter than refined sugar, and so less is required in order to satisfy sugar cravings.

Some Things To Be Aware Of

Although it is brilliant that there appears to be a sweet food that can be used to help with weight loss, it must be remembered that a basic, vital principle of weight loss is that calories in must be less than calories out.

Honey is still high in calories (at 304 calories per 100g, compared to 387 calories per 100g refined sugar). Therefore, if you decide to add honey to your diet, you may need to count calories for a while to ensure that you do not exceed your recommended daily allowance.

What is the best cereal for weight loss?
Nutribullet review