Jogging is a fairly gentle sport that allows you to get all the benefits of exercise without putting your body under huge amounts of strain. There are many benefits of jogging that go far beyond the obvious associations we make with it.

In fact, a surprising amount of these benefits are unknown to the majority of us, and even those that do jog may only feel some of them. However, this does not mean that the first associations we make with jogging are any less beneficial, so they are a good place to start in this list.

Jogging is an aerobic activity, which means that the use of oxygen features heavily. This is the opposite of sprinting which is anaerobic, as no oxygen is involved; sprinters generally hold their breath for the duration of the sprint. In aerobic activities each cell in the body requires oxygen and produces carbon dioxide as a waste product.

The respiratory system is responsible for the intake of essential oxygen and the release of waste carbon dioxide. Of course, this is an ongoing process every time you breathe, but jogging helps make it a much more efficient one. The tidal volume, or the lungs’ capacity, increases overall, and as this increases the amount of oxygen your muscles need decreases due to their improved efficiency.

The lungs also grow more alveoli, which is where gas exchanges are made between the blood and the lungs, so that the extra intake of oxygen can be used effectively. The overall increase in your body’s intake and efficiency with oxygen has huge benefits that we will see later. 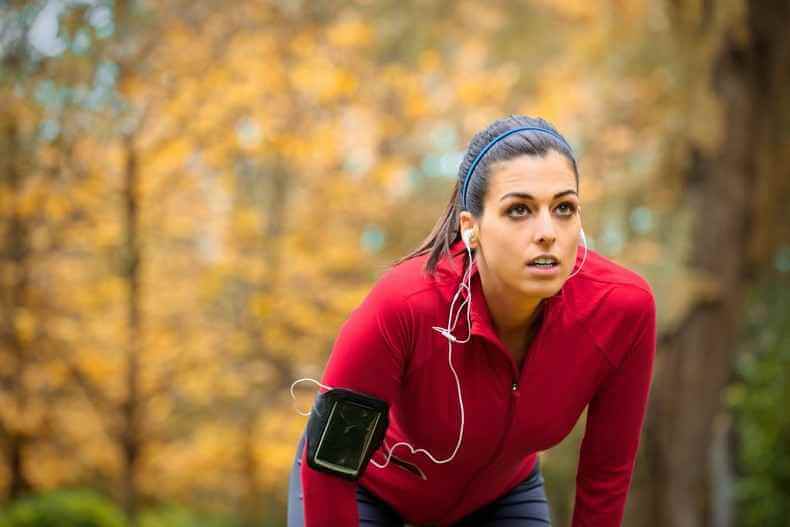 The cardiovascular system is responsible for transporting blood around the body and consists of the heart, veins, arteries, and capillaries. It is through the blood that oxygen and carbon dioxide as well as other nutrients are transported between the lungs and every cell in the body.

The burning of cholesterol reduces blood pressure which subsequently lowers the risk of heart disease and strokes. Just like the lungs grow extra alveoli, capillary density will increase around the body to ensure that the oxygen is getting to new muscle and to already existing parts of the body.

Capillaries are where exchanges are made between the blood and cells, resulting in each cell receiving the oxygen and other essentials in greater quantities and speed, as well as more easily passing off waste. Each cell is therefore functioning to a much greater degree of efficiency.

The heart benefits hugely from jogging. It is arguably one of the most important organs in the body and is responsible for pumping blood. The improvements to the cardiovascular system have knock on effects for the heart. The heart is a muscular organ, so the more it works, the stronger it becomes.

Clearly a strong heart reduces the risk of heart disease in later life. Regular exercise, such as jogging helps to strengthen it.

New muscle will grow and existing muscle will become stronger and more efficient. The muscle that gains the most benefit aside from the heart is the diaphragm. The diaphragm is the muscle which controls your breathing and separates your lungs and heart from the abdominal cavity.

Every time it contracts, your lungs draw in air. This is going to happen a huge amount of times during a jog, which means that it gets much stronger, and can help your lungs fill with more air as well as cope with any further strenuous activity.

The legs are clearly worked a lot also, and jogging does more than what simply walking  does (stretching the muscles). Because jogging is a gentle sport, your legs will complete a large number of low weight extensions. This strengthens them without getting them to grow massive. 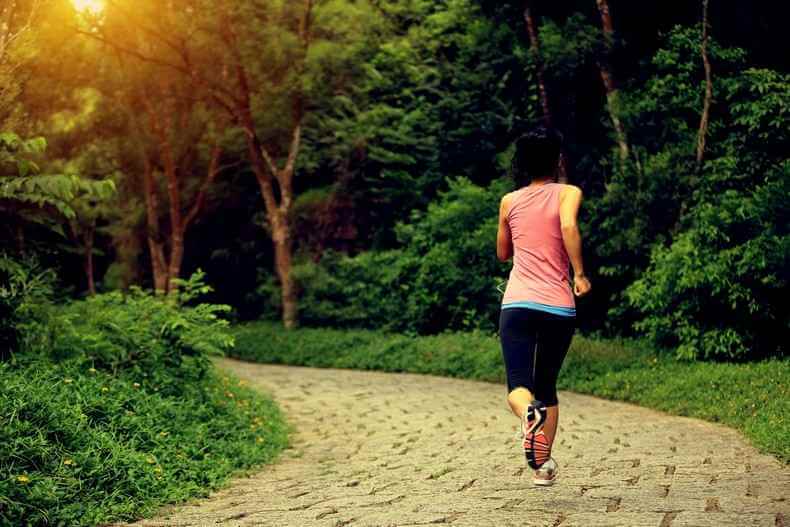 The organs of the body benefit enormously from the increase in oxygen, and although all are important, the most impressive improvement is in the brain. Experiments have shown that jogging leads to new neurons being created in the brain. Neurons are cells in the brain, and an increase in their number has shown to lead to better learning and memory capabilities while tackling diseases such as Alzheimer’s and Huntington’s disease.

However, there are far more benefits for the brain than we would expect. Increased neuro-plasticity as a result of jogging means that the brain is more capable of adapting to changes, such as pregnancy. The brain also increases its cognitive ability and releases hormones that improve your mood and self-motivational abilities as well as many other psychological benefits.

After introducing jogging to your regular routine, you will notice several improvements to your psychological health and energy levels. Jogging is often advised to those suffering from depression or addiction, although you do not need to be suffering from either of these two to notice the benefits.

Jogging causes a state of euphoria known as ‘runner’s high’ which comes after a period of moderate exercise. This feeling of euphoria is due to the release of endorphins. Jogging is also known to act as an anti-depressant, reduce stress, and increase energy levels, meaning that for those feeling low on energy and struggling with day to day activities, a gentle jog will increase your capability to deal with daily activities. This is essentially what fitness is all for.

As with everything else, the immune system also increases in functionality. Your body becomes stronger and can resist infections, like the common cold. However, this is not the case for marathon runners who exert themselves to such an extent that their body is weakened.

This improvement is because of increased physical strength, stronger filtering devices in the trachea and increased production of white blood cells, as well as lower levels of stress, depression and fatigue. It is worth bearing in mind that putting your body under too much strain will weaken your immune system temporarily.

Jogging can strengthen the bones and may help prevent certain bone diseases from forming. Having healthy bones is important for a number of reasons. For example, red blood cells are produced by bone marrow. Jogging could also contribute to building stronger and more flexible joints. 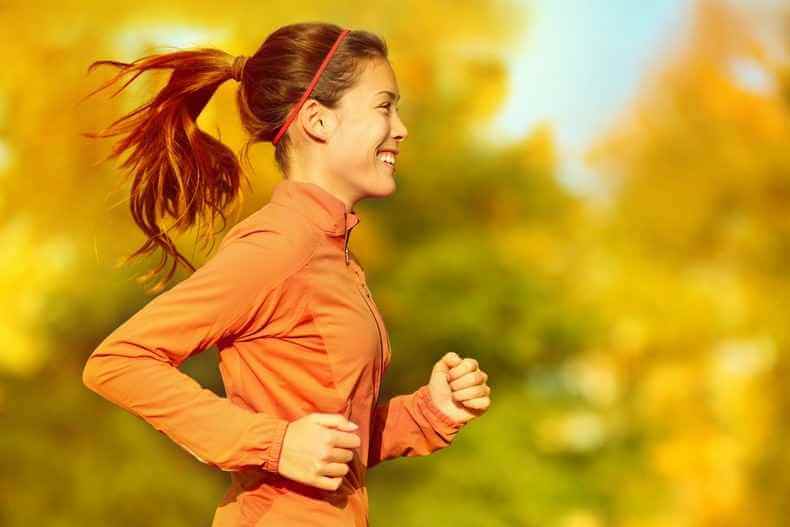 One of the major reasons that people start jogging is to lose weight. I mentioned earlier that cholesterol is burnt in veins and arteries, and it is true of fat in the body as well.

If you are jogging as part of a weight loss program it is important to be sensible and to take it slowly, run with good shoes and try to run on softer surfaces such as grass to lessen the pressure on your knees.

A good weight loss diet together with regular jogging can work wonders!

Everything mentioned above contributes to slowing the effects of age. After a relatively short period of jogging you will be in a better state both physically and mentally, and higher levels of energy and positivity help maintain a youthful outlook on life. More blood and oxygen gets to your skin, giving it more colour and firmness, thus slowing down any developing wrinkles.

Starting to jog only takes a little motivation and it can be done from anywhere at any time. Jogging in green areas is good for the sense of ‘runner’s high’ because you feel as though you are out in nature, something that is good for your psychological health.

However, if you live in a city and aren’t near a park, jogging down streets will still give you all the benefits listed above. Jogging can be done any time of the day at any time of year for the same benefits. It is sensible to wear warm clothes in the winter.

Jogging incurs no extra cost other than buying a good pair of trainers. No other equipment is needed and no membership fee has to be paid to go for a run. Your health can be improved substantially, for free!

I mentioned earlier how increased energy levels are psychologically healthy, but this will also have huge benefits for all other areas of your life. Not only will you have more energy to be able to exercise longer, but your overall productivity will increase, be it at school or work.

Jogging will drastically increase your confidence too. Many people look at their bodies with a very critical eye, and when you see the physical improvements, a greater self worthiness will be another reward. This is also due to the anti-depressive and stress reducing qualities of jogging.

Jogging has been shown to help people organise thoughts. When a stressful or complicated situation arises, a jog will help you feel as though you are physically moving through your thoughts and help you to reach a solution. This may be because you are spending time completely alone and with your body, that you feel you get closer to what is important to you. 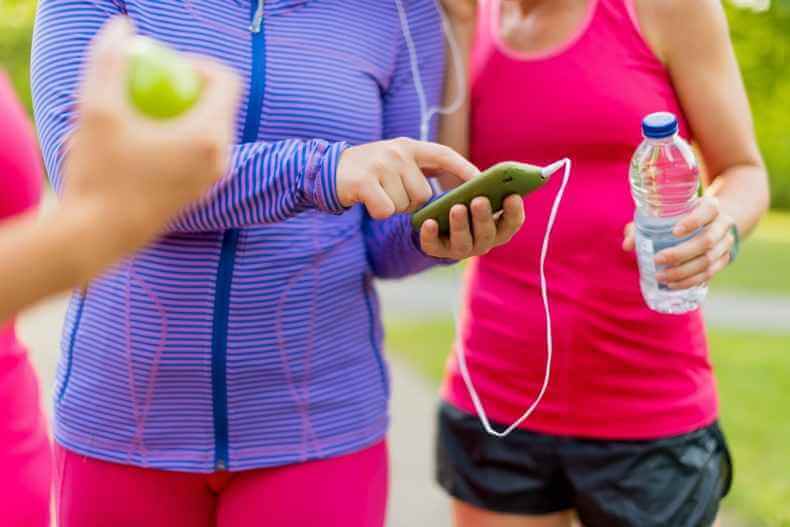 Self-sufficiency is an important thing to learn in life. You have to know what you are capable of alone, and jogging not only helps you find that, but also helps you push your capabilities. This is because when jogging, it is completely up to you to meet targets and no one else can help you. If you are unfit, jogging will make you realise that and encourage you to push the limits of your capabilities.

Jogging teaches you that no gain can be achieved without perseverance. As with other areas of life, you will need to put work in to see any results. These results will be being able to run further, as well as the extensive health benefits listed above. When it is just you and the road, there is no choice but to just keep going, and this is a lesson that can be implemented in other areas of life.

Jogging reveals to you exactly what state of physical health your body is in. When we don’t exercise we do not see the damage that is caused by drinking, smoking and unhealthy foods, because we do not push ourselves beyond our comfort zones.

If you go for a jog after a long period of no exercise, the strain and pain in your heart and lungs will encourage you to stop smoking and drop other damaging habits and focus on starting a healthier lifestyle. This is good because although jogging is extremely healthy, it is not the only thing that can help your health. 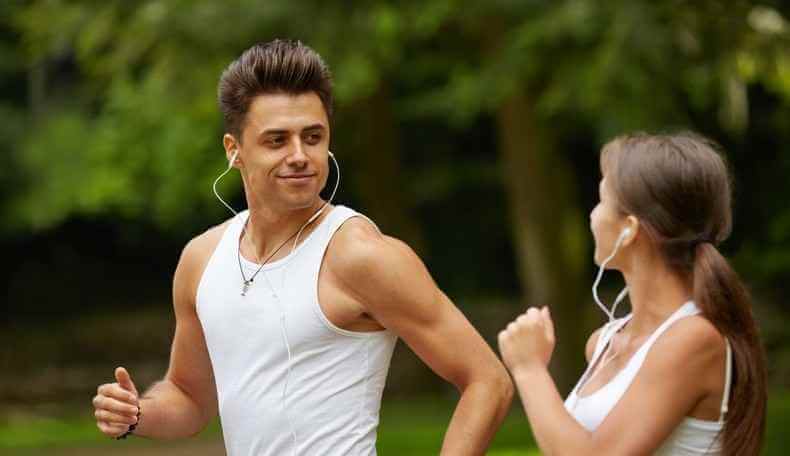 Although jogging requires your own physical and mental strength, there are many groups that organise jogging sessions. This is a good way to meet active people and can be encouraging, as well as providing a less lonesome way of exercising regularly.

Your sleep will improve not only because you will be physically tired, but also because negative thoughts and stress that tend to keep us up at night are significantly lessened as a result of jogging. This will have further benefits in your life, and help maintain high energy levels.

All of the health improvements that come from jogging contribute to a longer life. All the physical and mental problems that jogging helps to overcome are serious problems that deteriorate your health, whether it be stress and depression or a weak heart.

Moreover, jogging will ensure that the extra years of your life are more likely to be free of diseases such as Alzheimer’s and it also counteracts the steady degradation of our bones, which happens to all of us as we age.

I hope you have enjoyed reading this article and it has given you a number of reasons to start incorporating jogging into your life, if you already don’t.